In Baccarat, the player (the participant who enjoys betting) initially bets on either Player or Banker. (There are actually Tie, Player pair, and Banker pair, but I will explain later.) Next, the dealer (body) deals two cards to Player and Banker in order of Player → Banker → Player → Banker.

The total number of the first two cards dealt determines whether or not the third card is dealt. Players and Bankers compete for a total of up to three cards each. (The rules for dealing the third card are described below.) The one with the larger last one digit wins. In other words, the tens digit has nothing to do with winning or losing, and winning or losing is determined only by the size of the first digit. (0 = weakest, 9 = strongest)

If the player wins by betting on the Player at this time, they will receive a 200% dividend. If you bet on Banker and win, you will get a 195% dividend with a 5% commission.

In Baccarat, the card numbers are as follows:

Based on the above figures, the winning or losing will be decided by the total number of 2 or 3 cards dealt to Player and Banker respectively.

The rules for dealing the third card are as follows. 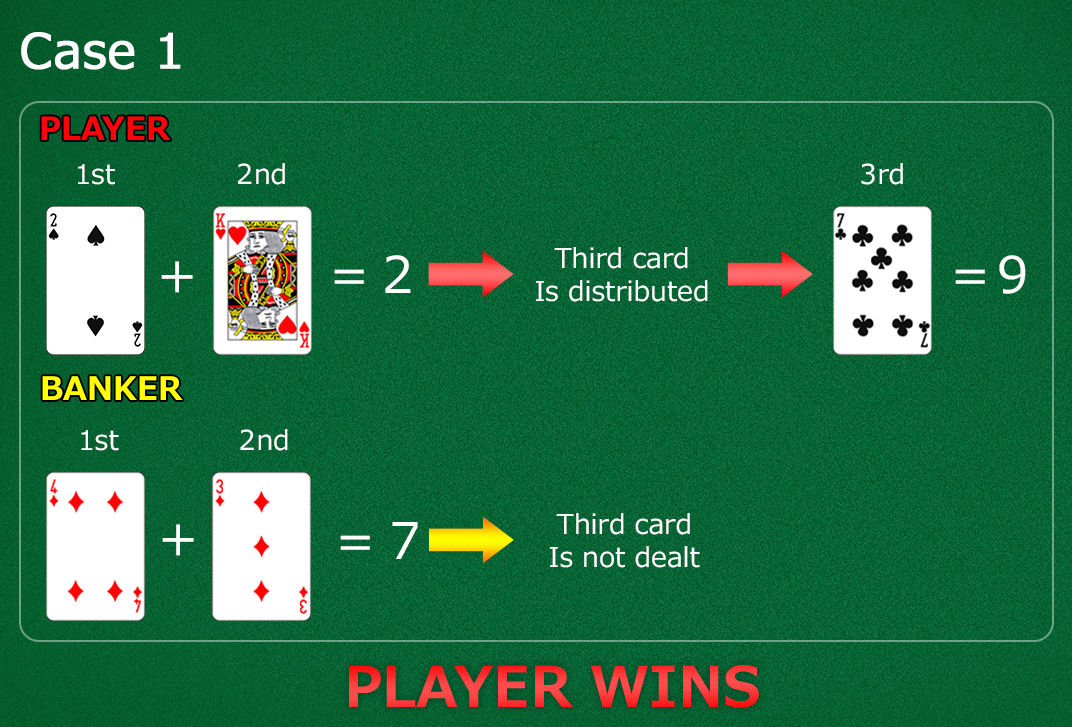 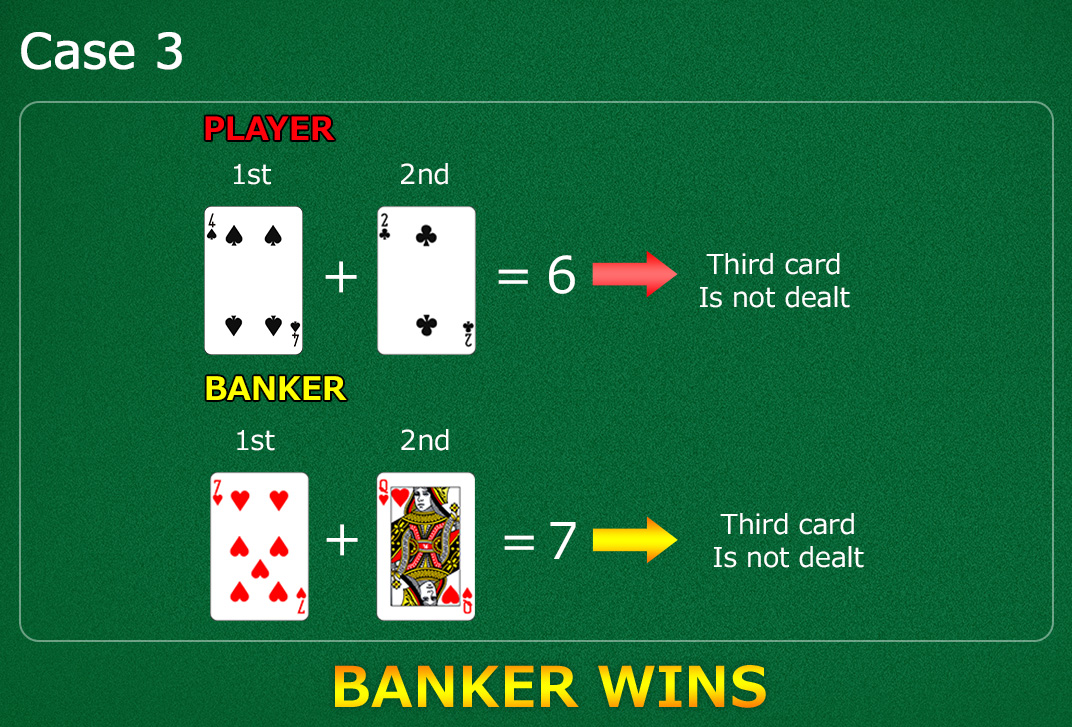 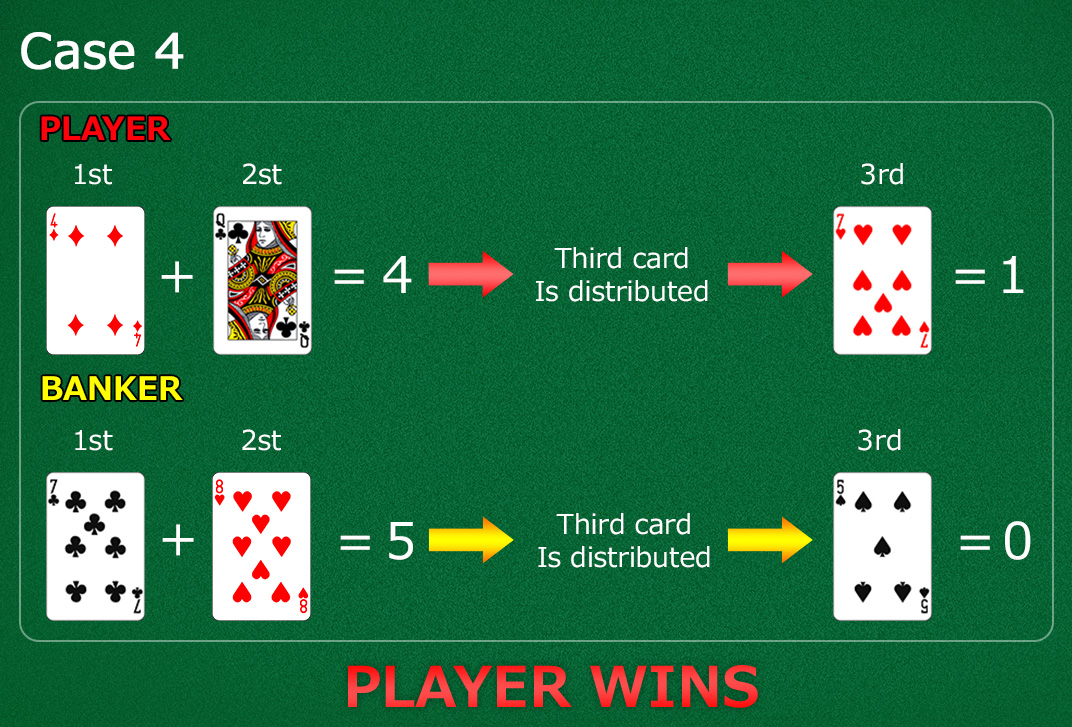 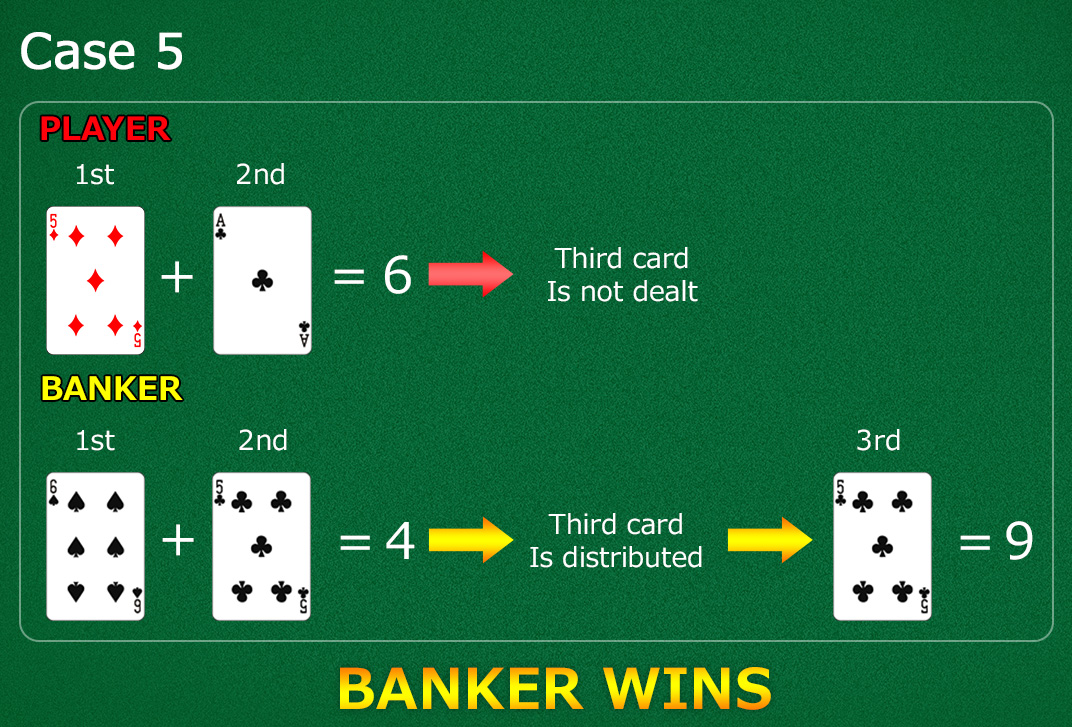